As you’ll see in Theme 3, Learning Block 4, when you’re considering the validity of someone’s historical analysis, it’s important to think about the types of evidence that he or she used. The next two questions will ask you about the types of evidence that each of the scholars in this “debate” relied on. Be sure to respond to each question in 2-3 complete sentences, using proper grammar.

1. One of these scholars relied heavily on evidence about the substance of today’s political debate. Which scholar was that? What sort of evidence did he use?

2. One of these scholars relied heavily on evidence about the political process. Which scholar was that? What sort of evidence did he use?

What effect has the Voting Rights Act had on American politics in general? While the Act has clearly had an impact on voter registration and representation among African Americans, has it affected the political system more broadly?

While race is certainly not the only factor affecting voter turnout and voting patterns in American politics, political scientists and pollsters have long recognized that it is one of the most highly consequential. (Junn, 2000) To the extent that the Voting Rights Act opened up the political system to many more African Americans, it is reasonable to conclude that it had a significant impact on that system.

One theory that’s popular among political scientists is that the Act, by bringing more African Americans into the political system as voters and as candidates, has made white voters more comfortable with the idea of voting for African Americans. Certainly, it seems reasonable to conclude that Barack Obama could never have won the presidency had the Voting Rights Act not been passed in 1965â€”or to put it another way, that Obama’s election was contingent on passage of the Voting Rights Act.

But the historical record is a bit more complicated than that. While the Voting Rights Act certainly brought more African Americans into the political system, it also produced negative reactions among some white voters; in the states of the former Confederacy, for instance, African Americans by and large win election to the state legislature only from districts where the electorate is overwhelmingly African-American, while majority-white districts rarely if ever elect African Americans. (Grofman and Handley, 1991) And it’s worth remembering that President Obama received only 43 percent of the white vote in 2008, and just 39 percent in 2012. (Roper Center, 2008; 2012) 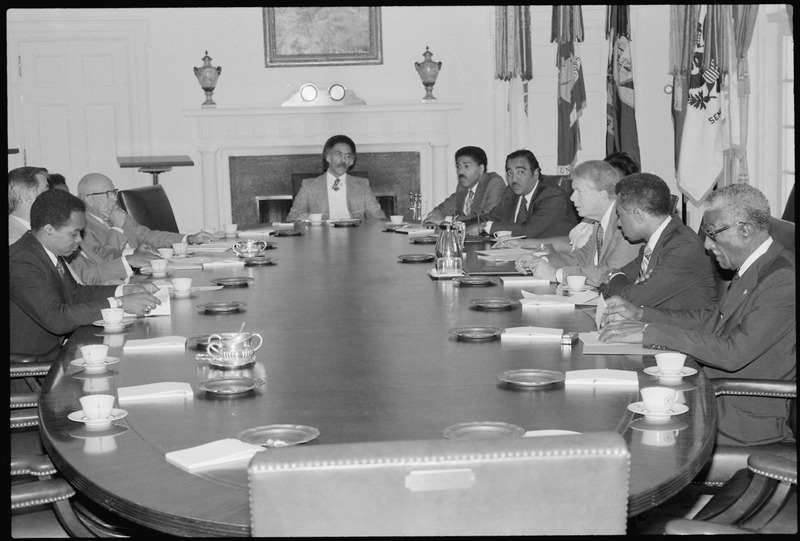 Indeed, some political scientists believe that this pattern of “racially polarized” voting has contributed to more systemic changes in American politics. On the largest level, passage of the Voting Rights Act led to a major party realignment. After passage of the Civil Rights Act and Voting Rights Act by a Democratic-dominated Congress, white Southernersâ€”who had previously identified strongly with the Democratic Partyâ€”shifted towards the Republicans, a move encouraged by President Richard Nixon’s “Southern Strategy.” Over time, Southern voters began to replace conservative Democratic members of Congress with Republicans; this meant more Republicans in Congress but it also meant fewer conservative Democrats, which had the effect of making Congressional Democrats more liberal as a group. As a result, Congress has become more sharply polarized along conservative-liberal lines. (Barber and McCarty, 2013)

Scholars disagree about the extent to which the Voting Rights Act has contributed to the polarization of Congress. The following excerpts showcase an academic debate over this issue between two leading political scientists:

The following excerpt, from a scholarly article on the impact of the Voting Rights Act, or VRA, focuses on the effect that the VRA had in ending the long-time Democratic Party dominance of Southern politics. It is excerpted from “Why the Center Does Not Hold: The Causes of Hyperpolarized Democracy in America,” by prominent political scientist Richard Pildes. Click on the title of the article to read, download, and print a copy of the text. These readings are provided by the Shapiro Library. This reading is required. You will have to log into Shapiro Library with your SNHU credentials.

The 1965 VRA, and related changes in the era in constitutional doctrine and law, began the process of unraveling this system. The VRA began what might be considered the “purification” or “maturation” of the American political system. Put another way, the VRA initiated the rise of a genuine political system in the South, which meant the destruction of the one-party monopoly and the emergence, eventually, of a more normal system of competitive two-party politics. Just as the peculiar structure of the one-party South had projected itself onto the shape of national political parties, so too this dramatic transformation of Southern politics in turn reshaped the essential structure of the national political parties. As the VRA and related measures broke down the barriers to electoral participation in the Southâ€”literacy tests, poll taxes, manipulative registration practices, and durational residency requirementâ€”a massive infusion of new voters, mostly black but white as well, entered and reconfigured Southern politics.